I landed a really good job this year. The specifics of it are unrelated to this blog, but it allowed me to obtain health insurance through my employer, at the cost of $35.00 per month. This was amazing to me. I immediately began to think about all the things I could get fixed (like I’m a car in need of an oil change or something). On top of my list, my deformed head. I know most of you are aware that I have an abnormally large head (it pairs well with my man-hands and cankles), but what you don’t know is that it’s also quite literally, deformed. My ear canals don’t slant so I get ear infections as regularly as Trump tweets the phrase “Fake News”. You know, A LOT. I legit have one right now, as I’m typing this. So I got me some of that “good insurance”, as my Southern Mama would say. Not to be confused with my Sicilian Mama who sent me approximately 74 text messages that were everything from stern lecturing, to crying, to abject begging, to the basic Italian method of guilt tripping, asking me to, “Please get insured – insert at least 12 kissy face emojis”.

So I did,  and now I’m pretty sure I need to use my insurance for mental health services, because trying to figure this all out was BEYOND complicated. HMO’S. PCP’S. PPO’S. What’s covered? What isn’t covered? What the FUCK is a deductible and doesn’t that kind of negate the fact that I have insurance? I just want some fucking tubes in my ears, dammit! Why is this taking me six days of research to figure out? So I ended up just giving in and signing up for the first doctor I could find on the website, who took my insurance. Turns out, she’s about an hour away from where I live, and I have a $6,000 deductible (again what the fuck do I have insurance for), BUT I still have SOME of my sanity, so there’s that.

To sum it up. This was a clusterfuck, and I was only looking for basic coverage. Just a primary care provider, with insurance I was offered through my employer, which makes this about as easy as it can be. And I can’t state this enough, it is still REALLY not that easy. I started thinking about what would happen if I had to go through the exchanges, find a specialist, dive deep into the system and try to navigate it. I’ll tell you what would happen. I wouldn’t. I’d give up. I know this, because I tried doing that when I had my previous job, and it exhausted me out of seeing a doctor for almost three years. I relied on Urgent Care (no less than $190 per visit, even for a simple sinus infection) and a daily dose of the vitamin supplement entitled, “Nothing’s Wrong With Me. Really I Swear It. Ignore That I’m Vomiting”.

Why this method? Two reasons. First, insurance through my employer at the time would have cost me, a single, young, relatively healthy person (minus the deformed head thing), over $300 per month. ASSHOLES. The exchange? Just about the same. Because I was one of those lucky people stuck in the middle. I made just enough money to afford insurance without subsidies if, you know, I never wanted to leave my apartment again.

So I started really thinking about this and researching what’s going on in this country when it comes to healthcare. I’m sure everyone will be shocked to hear this, but it kind of sucks. No, I’m sorry, it TOTALLY sucks. We have mainly a private, for-profit healthcare system. Which means people actually make money, are incentivized even, to keep people sick. To run endless tests. To jack up insurance prices. Prescribe and push every kind of drug imaginable at ridiculously inflated prices. And the people who rail against “socialized medicine” are not even allowing capitalism to do its job here. Health insurance companies are exempt from anti-trust laws (as is the MLB, which I don’t know, that’s weird). So the basic theme of Capitalism, that competition boosts innovation and lowers prices isn’t working, because these companies don’t really HAVE competition.

Due to this exemption, regulation of insurance companies is in the hands of the states. Which explains why health coverage options tend to be regional. In the D.C. area I could choose between United or Cigna, that was basically it. In Michigan it was pretty much only Blue Cross/Blue Shield. My sister, in California, Kaiser. Under this exemption, insurance companies can meet, share pricing practices and set standards. This basically swallows up any room for even the limited regional competition we might have had. So here’s the deal, you don’t get to bitch and moan about “Socialized” medicine when you don’t even have “Capitalized” medicine. You basically have the dude in the top hat from Monopoly running your healthcare. And his name is literally, Uncle Rich Pennybags. Not to be confused with Uncle Donnie Saggyballs. I’m looking at you Trump.

So what exactly would “socialized” medicine be? I’ll tell you what it’d be. It would be AWESOME. This is what we call the single payer system. Financed through taxes, it would cover all essential healthcare. And it would be CHEAPER. Yes, that’s right. Cheaper. Because all of that complicated B.S. I wrote about up there, different companies and rates and collusion, endless tests, moving from one regional insurer to another, yada, yada, yada… That fucks everything up and necessitates administrative costs. In fact, administrative costs make up the BULK of healthcare costs.

What else, you say? No more marketing and advertising costs. Have you even thought of that? I didn’t until today. That my insurance company has to jack up the price I pay to cover their T.V. spots when, as mentioned above, they don’t even really have any competition. FUCKERS. And this list of costs goes on and on. 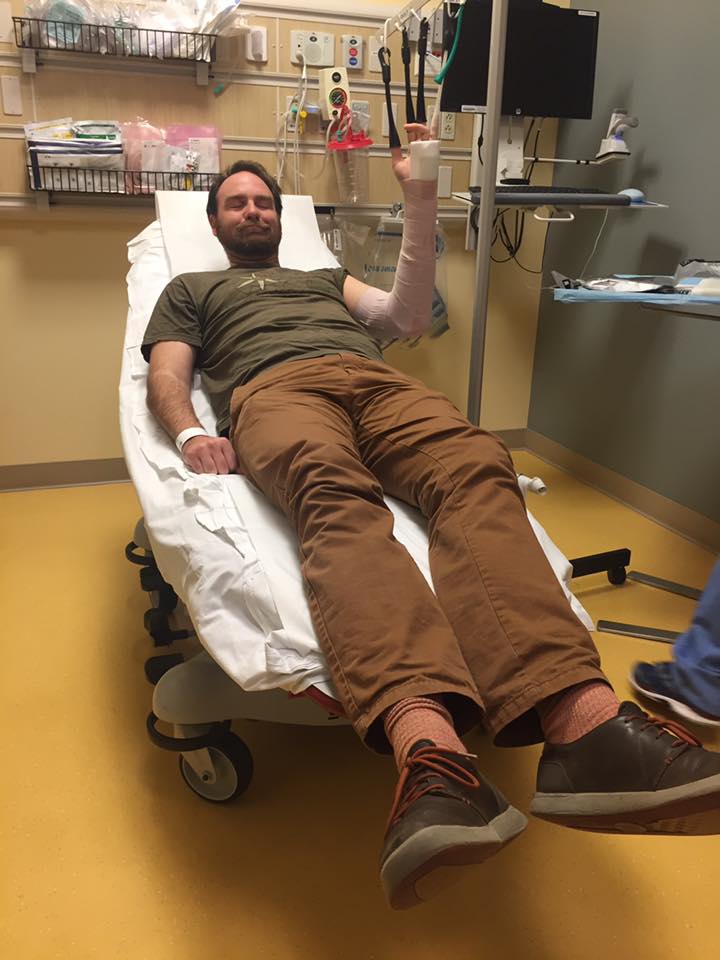 In reality, the government would be in a much better position to negotiate procedural prices, than would a health insurance company. Per the NY Times, “In 2012, for example, the average cost of coronary bypass surgery was more than $73,000 in the United States but less than $23,000 in France”. Do you know what France has??? GOVERNMENT RUN, UNIVERSAL HEALTHCARE, found by the World Health Organization to be the BEST in the world.

Now one could say that Medicaid, Medicare and the VA are not inexpensive programs, but think about who they cover? Old people, poor people and disabled veterans. Those who are most susceptible to illness and most in need of care. They are not an accurate representation of the entire U.S. population, there’s good reason to believe that a single payer nationwide system would be much cheaper. The most generous single payer system being touted would cost roughly the same amount as what we ALREADY pay for healthcare, minus the six days of pulling your goddamn hair out. That’s the MOST wide-ranging, generous version, and like most government policies, costs would go down as the system, and worker’s providing the taxes, got more efficient. Because you know, healthy people work more.

Plus, if we moved to a single payer system we would no longer be profiting off of misfortune and would instead incentivize providers to keep people healthy. As per their JOB DESCRIPTION. Preventative care, for example. Now, hold on to your butts this is going to blow your mind, contraceptives are cheaper than child-birth. Smoking cessation drugs are cheaper than cancer. Obesity programs are cheaper than diabetes. But our healthcare system has no reason to prevent you from getting pregnant, developing cancer or becoming diabetic, because they make money off of those things happening. Granted, SOME insurance companies have started to move this way, but it’s been like pulling teeth. Without dental coverage.

The same goes for pre-existing conditions. Like it or not, there are only TWO ways to cover pre-existing conditions without cost prohibitive insurance rates. That’s the individual mandate or, dun, dun, dun (that’s supposed to be the creepy music right before they reveal the bad guy) SOCIALIZED MEDICINE. Otherwise, people will wait until they’re sick to enter the insurance market and end up tanking it. So if you REALLY hate the mandate in the ACA, than this is your only other option. Unless you want to look Lisa, the lady down there in that picture, in her eye and tell her that she should have to pay thousands of dollars over average for insurance, because she just happened to develop MS. No, but really, try to do that, it will be hilarious to watch her destroy you. Don’t let the hospital gown fool you, she’ll wreck your world.

I know “Socialism” is a scary word, but people in this country take advantage of “Socialism” everyday. Public Education? That’s Socialism. Police and Emergency Services? That’s Socialism. Infrastructure maintenance? That would be Socialism if we got off our fat, soon to be diabetic (YAY for you insurance companies) asses and fixed it. And no one says that private healthcare has to disappear. We could run it similar to the education system. We have the pubic option in order to ensure that everyone gets basic coverage, and if you want to shell out extra money for the private version, go ahead. Have at it, slugger. You shell out that money.

But some things should just not be for-profit. Morally, no one should be profiting off of people becoming ill. No one should lose their home because they got sick. AND NO ONE SHOULD HAVE TO SPEND SIX DAYS TRYING TO FIND A DAMN PRIMARY CARE DOCTOR! Yes I know that’s not as serious as losing your home to medical debt, but it was REALLY annoying. And of course I know this issue is A LOT more complicated than what I’ve posted here. Basically we’ve just scratched the surface of the issues, solutions, pros and cons. Everyone knows how difficult and complicated this is, except of course for Uncle Donnie Saggyballs. The point is, this system isn’t really sustainable and it doesn’t really work. The healthier a society, the more industrious and productive. If we’re spending all of our time in MRI machines, because our insurance wouldn’t cover Chantix, or we’re all in wheelchairs because we lost our legs to Diabetes, how are we ever going to be “Great Again”? We won’t. We’ll be, quite literally, dead.