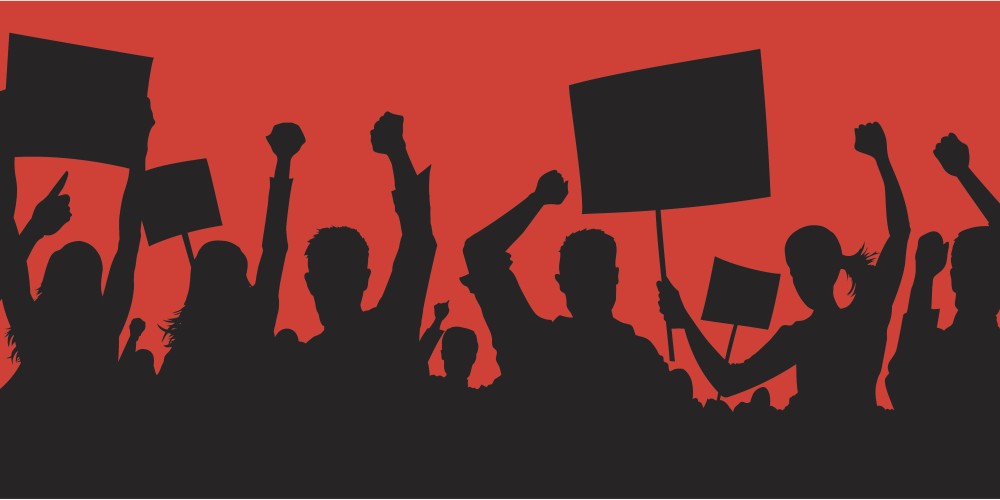 North Korea. Fascist Italy. Russia. Nazi Germany. I pose the question, what do these societies have in common? Besides Trump owning action figures of their leaders, of course. That’s true though, he takes them out and plays with them every night. Even has a specific order in which they must be placed back on the shelf. Apparently Mussolini and Jong Un just CANNOT be next to each other. Who knows? But really, that’s like the least weird thing about about him, so his staff just plays along. This is all beside the point, what I’m getting at is this. They didn’t, or don’t currently, have an adequate supply of porn stars, children or comedians. Perhaps they have a plethora of one category, but lack the correct balance between the three? Perhaps they don’t have enough of any category. The point is, these are the three ingredients for defeating authoritarianism. What I like to call the trifecta of resistance. Porn stars, because they’ve seen it all. They’ve done it all. They have zero fucks to give. Children, because they’re honest. They’re energetic. They have all the fucks in the world to give. And comedians, because they’ve got courage. They provide relief. And hell, they get off on crazy; it signs their damn paychecks.

In our society it is easy for women to be shamed into silence. We’re not supposed to own our sexuality. Either you’re Becky Homecky or a slut. If for any reason you engage in promiscuous activity or trade in on your sexuality, your voice is stripped from you. You’re no longer credible. You’re kicked out of the “Smart People” group. Forget anyone giving a shit what you have to say. Stay in the box labeled “whore” and you can only come out when Donald Trump wants to make a pee tape.

Well, not this lady. Hell no. She busted out of that box, spoke her truth to the world, backed her shit up and gave everyone trying to force her to conform to the “slut” label her elegantly manicured finger. She’s sharp. She’s funny. And when it comes to what you think of her, she has zero fucks to give. She’s our Boudicca riding in on her steed named Avenatti (and a handsome steed it is; think Channing Tatum with just a skosh of age to mature him). Together they will slay the orange beast and restore sanity. And along the way, she just may teach us a thing or two about not judging a book by its cover. Or I guess in her case, a DVD by its case.

Either way, she’s a badass. 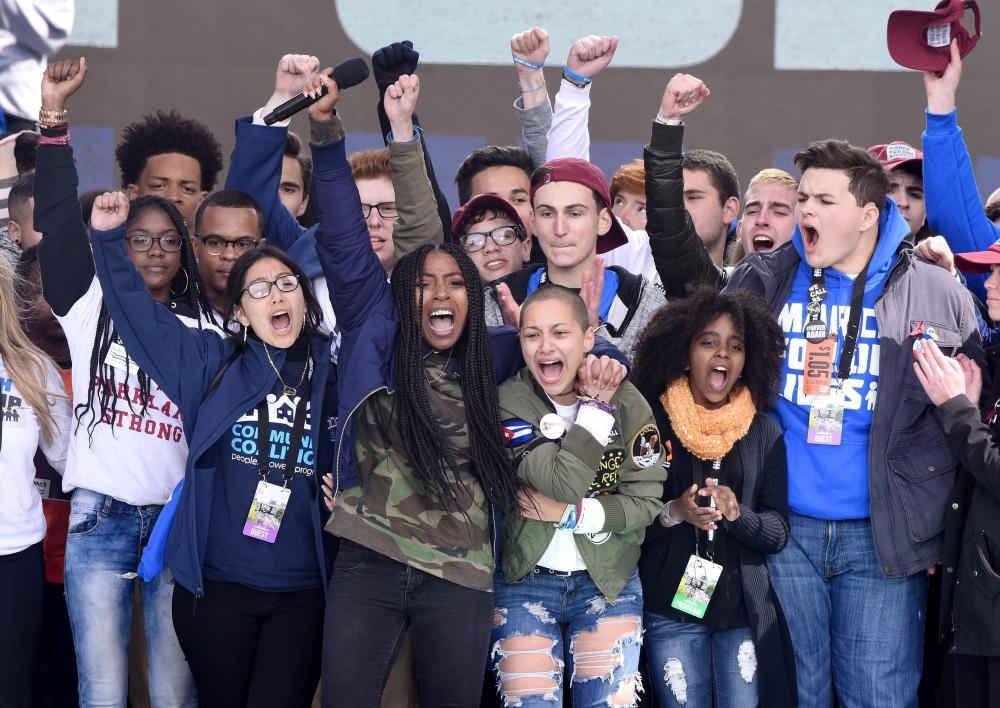 A while back… Okay like way back, I used to work with kids. The best part of this job was that I always knew exactly how I looked on any given day. How so? Because they would tell me. Zits. Ugly clothes. Bad hair. Gained a couple pounds. It didn’t matter. They made sure I knew it. Not because they were malicious, but because they were so damn honest. They could sniff out bullshit, quicker than Trump can down a 20 piece chicken nugget meal. Every single time I tried to pull one over on them, they called me out on it. By challenging every boundary and rule, by asking me why certain norms were in place, they taught me to question EVERYTHING. Have you ever tried to explain a stupid rule to a teenager? I highly suggest you give it a shot and I challenge you not to use, “Because I said so”.

The energy with which they embraced life, and new ideas or concepts, was awe inspiring. The only thing more amazing was how fast they could stand up after sitting on the ground for over 15 minutes. I mean, I’m in my 30’s so I’m not decrepit, but I groan like a rhino in heat whenever I try to do that. And forget about socializing. I need like a month’s advance notice, a follow up call the week prior, a confirmation text the day before and then you literally have to come over to my apartment and steal all of my pajamas the day of. Otherwise, I am NOT going anywhere.

So anyway, here comes this army of children marching down our streets. Teenagers who have experienced more than most adults and they start asking questions. They question everything. All of our beliefs. All of those things that our country has told them are true. That nothing can change. That nothing can stop gun violence. That youth should stay silent. Then they look around, look back at each other and are like, “Yeah, we call B.S.”. The best part is they are so right. It is such bullshit, but those of us who knew that were just too tired to keep trying. And those of us who didn’t know that, learned it when they were asked to explain to these young people why a crazy person could own a weapon of war. And those who still don’t know it are going to lose. Because these kids care. Life has yet to unleash its Dyson Idealism Sucker Outer Vacuum Cleaner on them. (FYI, the Dyson Idealism Sucker Outer Model goes for the low price of $1,000.00, because… Dyson.) And while we need some people, like Stormy, who give zero fucks, so too do we need people like this bunch who give SO VERY MANY fucks.

It’s imperative that we balance out our fucks. If a vole and Machiavelli somehow managed to have a baby, that was then adopted by Jon Stewart – who for some reason in our hypothetical universe was British – the outcome would be this dude. John Oliver. Joining him? Stephen Colbert. Seth Meyers. Bill Maher. Jimmy Kimmel. Michelle Wolf (that bitter cabbage patch deserved a shit ton more than a couple of eye-shadow jokes). Jimmy Fallon. Michael Che. Kate McKinnon. Larry Wilmore. Colin Jost. Samantha Bee. Kathy Griffin. These men and women are as good as any prescription to Xanax, Zoloft or my personal favorite introduced to us by the late, great Robin Williams, Fuckitall.

Fuckitall… For when you’re too tired to give any more fucks and tequila just isn’t cutting it. Further studies have shown that side effects may include cynicism, ass grooves in your couch and inordinate amounts of Chinese food delivery.

But let’s keep this real. Our healthcare system sucks, and prescriptions are not a long term solution. Yet something has to cut the tension. That something is comedy. Because if you can laugh, it can’t be THAT bad. I mean, it can still be REALLY, REALLY BAD, don’t get me wrong, but humor helps.  It allows us to escape, even for just an hour. It reminds us that, yes Trump does resemble a totalitarian, orangutan taint. And because that is, unequivocally, true for that moment he doesn’t seem so scary. He just seems like a giant, blustering, orange colored taint.

These warriors come on every night, knowing that everything they say will be twisted and skewered and placed under a microscope. That someone will be offended (most likely that giant, orange taint we were just discussing). And although they didn’t sign up to be soldiers, they have happily taken on that mantle. Yes, the jokes write themselves these days, but the delivery is where the courage lies. The guts to get out there and call it exactly how it is, knowing that the angriest Cabbage Patch Doll in the history of mankind will stand behind the bully pulpit the following day and infuriatingly deny everything that we all know to be true. (While Trump cowardly hides on the shitter, tweeting away about Hillary Clinton.) They remind us that facts matter. And that said, facts can be damn funny sometimes. Take for example, the FACT that Rudy Giuliani is the reanimated corpse of everyone’s curmudgeonly, racist grandfather.