If I had to sum up my undergraduate years using only two words, they would be “broke” and “drunk”. This combination led to mass consumption of alcoholic concoctions that can best be described by the sentiment, “Ugh, I think I’m going to barf. Pour me another one”. There was the time I mixed tequila and Coca-Cola (in case you were wondering, NOT GOOD). My friend and I once used a blow dryer to defrost a week old keg that had been left on my balcony, and then thought, “Score!” I even resorted to malt liquor on occasion. For example, Colt 45. which, and this is 100% true, is made entirely of Sasquatch piss and the tears of children with absentee fathers. In short, it tasted like shame and regret. Similar, I imagine, to the taste kissing Trump leaves in your mouth.

This all led to humiliation, headaches and a truly incredible amount of vomit. It did not however, stop me from graduating; so… You’re welcome, mom.

The after effects of four years of binge drinking were bad, however they will be a walk in the proverbial park compared to what die-hard Trump supporters are going to experience if (or hopefully when) they break free of their “Dear Leader’s” spell.

My “Check Liver” light eventually came on. For the sake of all of humanity, let’s pray their “Check Morality” indicator starts blinking soon. Make no mistake about it, Trump’s hardcore base IS a cult. And Cult 45, much like Colt 45, is revolting, leads to poor judgement, and will end with its consumers passed out on a concrete floor in a puddle of their own vomit that’s been mixed with a viscous discharge of unknown origins.

If you don’t believe that the MAGA base is a cult, just take a look at this ACTUAL picture taken at a Trump rally… 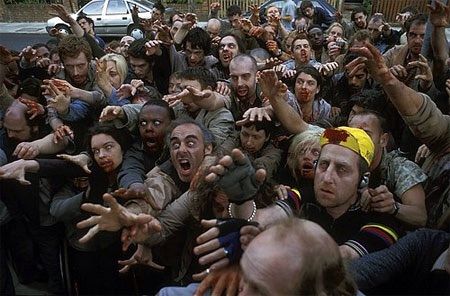 Well shit me timbers and fuck me sideways, I never would have guessed that “The Walking Dead” was really a documentary.

I’m not claiming that Trump supporters are cult-like based on differences in policy or politics. I have many friends and family that support right leaning policies, with whom I can hold informed debates. In order to have political differences in regard to issues, both sides need to have knowledge and acceptance of the underlying facts. Part of what makes this a cult, is that they’ve been brainwashed into accepting Trump’s word as fact.

In a cult, lies are repeated so often they become true and the leader can never be questioned. Politifact has 10 pages of Trump statements rated as fully false. As of Trump’s 497th day in office, the Washington Post has clocked him at 3,251 false or misleading claims. A vast majority of his “alternative facts” can be proven inaccurate by a number of different sources, via a quick google search. But instead of taking ten seconds to type, “Did Hillary run a child prostitution ring out of a pizza parlor’s basement”, the MAGA base will source their claim of this being true using nothing but Trump’s own statement.

This tanning bed warning label in man form started by feeding them shit sandwiches, and by the third month of his campaign he realized the bread was unnecessary. Just give them the bullshit that allows white people to simultaneously feel persecuted and superior, they’ll gobble it up.

Us versus them. Another tactic used in cults and the magic formula which allows Trump to inform his minions that the Democrats were the ones colluding with Russia. He can say this while he STILL has Putin’s dick in his mouth, and they’ll believe it. It is also ABSOLUTELY TRUE, that he’s convinced them that he shits rainbows and unicorns fly out of his ass when he farts. That’s a FACT. They really believe that.

Also a fact… Tequila and Coca-Cola are not the magic formula for ANYTHING. Seriously, if you believe nothing else, trust me on at least that.

Those hits of white supremacist crack (FYI, that’s crack that smells like pumpkin spice when you smoke it), are responsible for keeping people addicted to President Gold Man Sucks. It protects them from their deep-rooted fear of being “nobodies”, and insulates them from their inherent lack of self-worth. If they question him or fall out of line, he’ll take away the “goods”.

Then all that will be left for them is ranch dressing, truck nuts and the reality of their mundane existence. And in case you didn’t know, truck testicles are a real “thing”…

I’m going to start a line of truck nuts with Trump’s head as each testicle and sell them at his rallies. First, because you KNOW that at least 90% of his supporters own these. And second, because he really is a scrotum in man form.

This is why the tactic of “What-About-Ism” is so effective on his mindless drones. When he is confronted with demonstrable evidence of his wrong doing or dishonesty, Trump can immediately reply with, “Obama did it too”, thereby shifting the entire conversation. His followers of course believe him, and then when a rational person tries to engage and presents facts illustrating how the Tangerine Tornado is lying and/or wrong, they resort to this tactic in an attempt to change the topic.

Trump’s base can’t grasp that although liberals generally approved of Obama, there were things he did that we didn’t like. Drone strikes. Not working towards a single payer healthcare system. He didn’t fight hard enough for immigration reform. Barack O-Mama jeans…

We have no problem admitting this, because he wasn’t our cult leader. His supporters were perfectly comfortable critiquing the job he did, and accepting the areas where he didn’t live up to our expectations. We weren’t dependent upon Obama’s performance or beliefs, to form our opinions and bestow us with self-worth.

Trump is the hardcore right’s metaphorical (and literal) Golden Calf. He’s a false idol, who has conned them into honestly believing his turds are gourmet chocolates, and that eating them will grant enlightenment and superiority.

Cult leaders enrich themselves at the expense of their followers. A Trump University staff member admitted under oath that its purpose was to sell as many, expensive false dreams as it could. The Trump Foundation, is being sued by the Attorney General for the Southern District of New York, because Fifth Avenue Furher used it as a personal checkbook.  Even since coming to office, Trump has agreed to help bail out a Chinese phone company, when they “mysteriously” gave him $500 million dollars for a Trump resort in Indonesia.

And yet, he ran on the platform that he was for the middle-class and a “common man”. Why would this malevolent creamsicle, fight to dismantle the system that has made him rich? It’s the same system that allowed him to amass millions of dollars off of the backs of unsuspecting working class men and women. He’s not the “common man”, he’s a CONNING man.

“A grifter takes advantage of a person’s confidence for his own specific ends—ends that are often unknowable to the victim and unrelated to the business at hand. He willfully deceives a mark into handing over his trust under false pretenses. He has a plan.”

However, his little rubes believe – even in the face of all of this demonstrable evidence – that he’s going to fight for them. First, you could hand him instructions and an X-Acto knife, he still wouldn’t be able to fight his way out of a paper sack. Second, that sack has treated him well. His entire purpose in life is to maintain his existence within that sack.

Where do you think the phrase, “Sack of shit” came from? It is 100% true that this is the origin of that term.

Trump’s hardcore base, is the pulp they make that sack out of, and they will vehemently defend the fecal matter held within it. Regardless of all evidence pointing to their being treated like nothing more than a glorified receptacle for poo. Ignoring all common knowledge that he’s duping them. He preys upon their inner fears and insecurities, and manipulates them into feeling better about themselves. And that’s ALL that matters to them.

Meanwhile, this gelatinous glob of despotic Velveeta, is joyously dumping away… 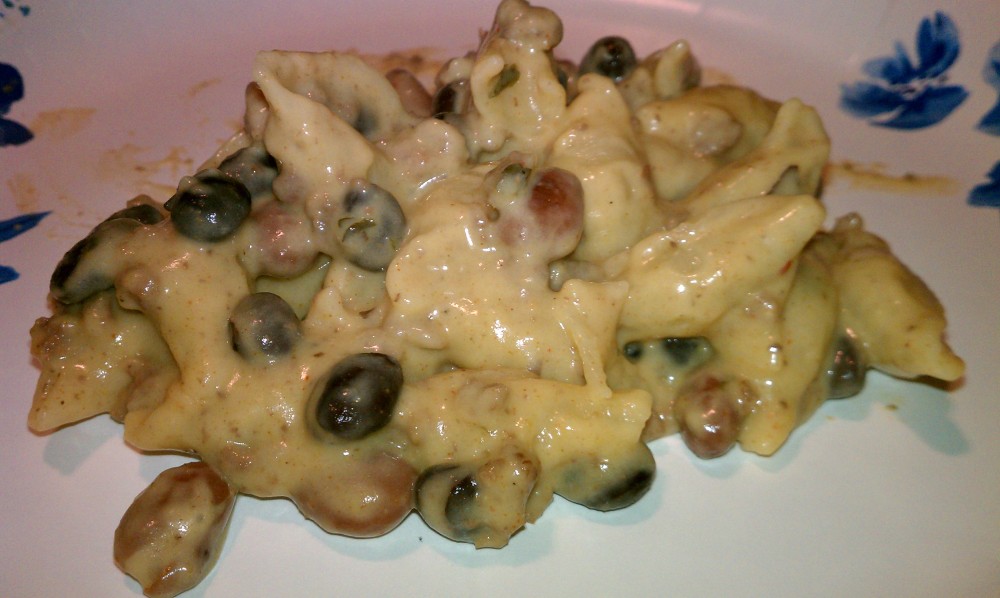 That is either an actual photo of Trump’s poop, or something you can order at the Olive Garden. Possibly, both. Anyway…

When a narcissistic leader, uses blatant lies and manipulation, in order to convince followers to act in opposition of their own best interests, thereby enriching himself… THAT is a cult.

Eventually, some people will come back to their senses. Others will ride this out until the bitter end… Passed out naked, praying for death, with the taste of remorse and burnt, cheesy turds in their mouth. They’ll spend the next 30 years trying to atone for their bad decisions, and picking Funyuns out of bodily orifices.

The inevitable result of too much Cult 45.